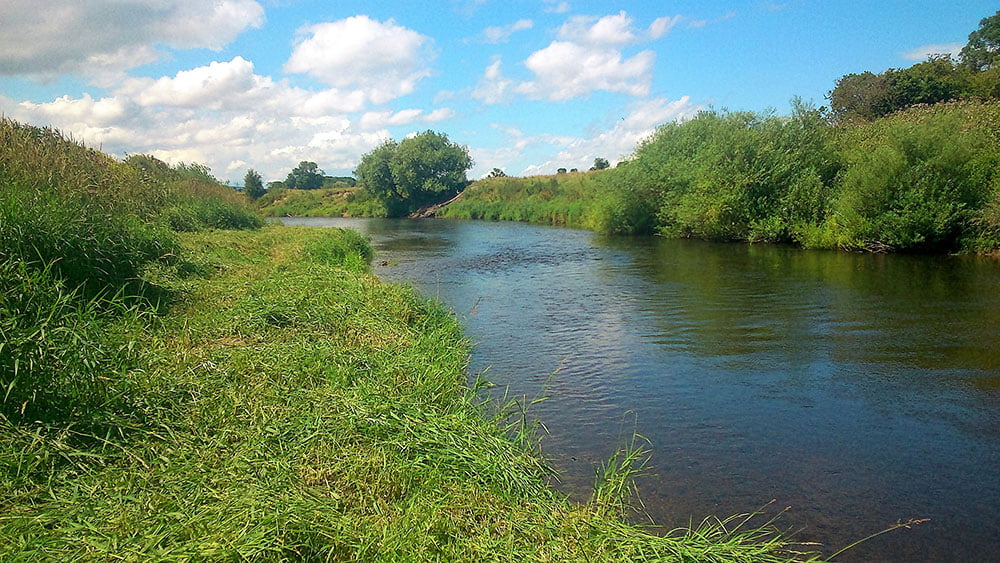 Most legal methods, including fly, spin and bait, are permitted, depending upon NRW by-laws, the species and the season.

BODSA was established in 1946 by Tom Parry for the local soldiers returning from the Second World War. The early membership was limited to 30 members and with the numbers of fish running the river, membership was highly sought after, with long waiting lists. During the life of the club, additional fishing has been made available through purchase and rent and with the additional waters, the allowable membership has increased.

As with most other rivers, the numbers of fish running the river in recent years has declined and with it the demand for membership. However, the club still fills its membership each year with potential members having to wait until the following season to join.Some members of the club have been so for 40 years or more.

From its origins as a village club, the catchment area for members has grown significantly with members from North Wales, the areas surrounding Liverpool, Manchester and Wolverhampton, from the borders in Cheshire and Shropshire and from Staffordshire. The catchment area for visitors extends even further with anglers from all over England and Wales visiting our waters on a regular basis with occasional overseas visitors..

Indeed, over the past couple of seasons we have had visitors from Continental Europe and enquiries from as far away as the USA.

Whilst the title suggests a club purely driven by the pursuit of salmon, BODSA caters for most anglers wishing to fish in a river. This includes game and coarse fish including good numbers Chub and Barbel using most legal methods, including fly, spin and bait.

For membership enquiries or just general advice on our waters please visit our website https://www.bodsaa.org.uk

Day tickets for fishing on our Village Beat are available from the Middle Shop which is located on the High Street in Bangor on Dee.