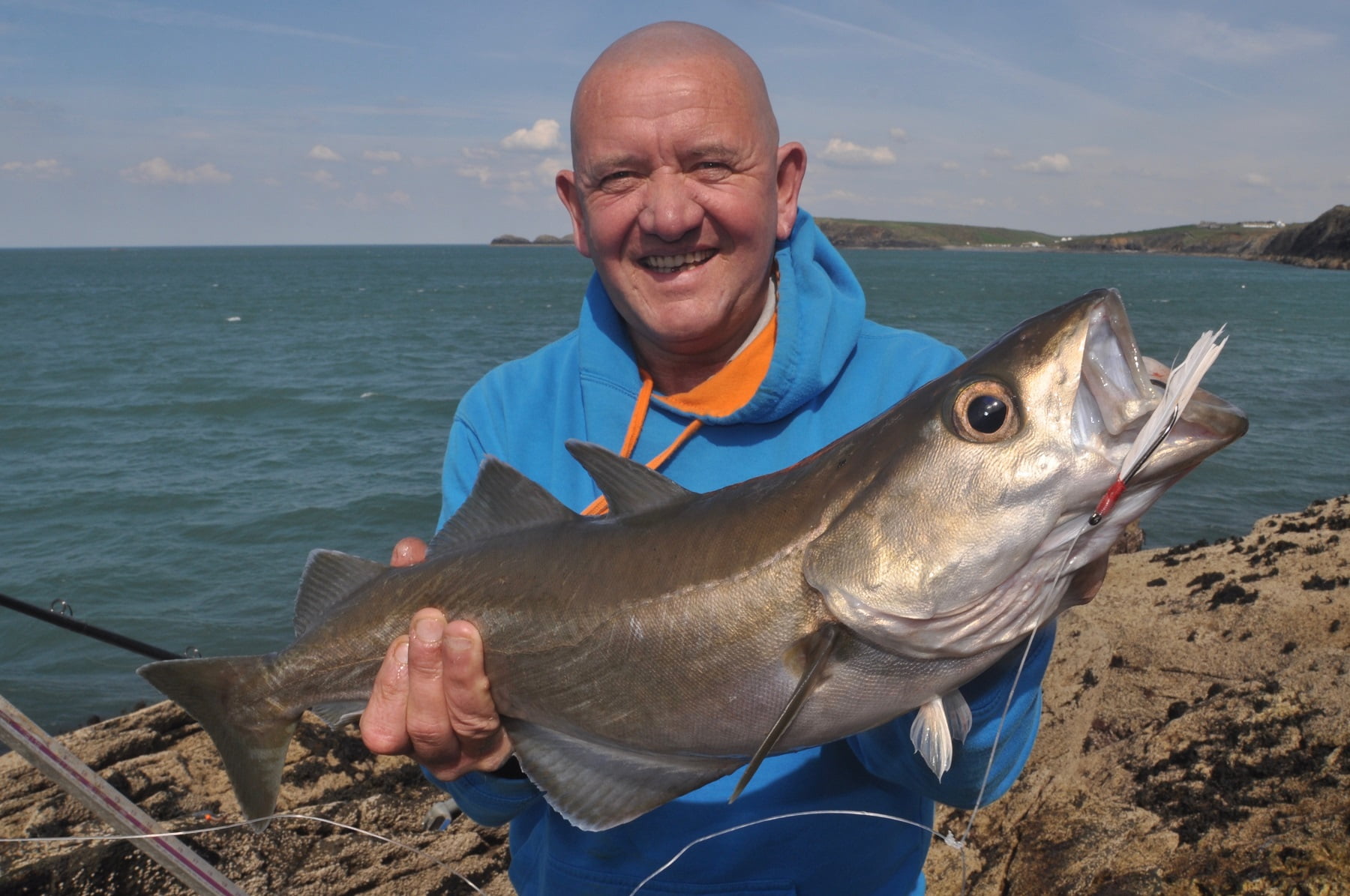 A member of the cod family, the pollock is a predatory fish that feeds by hunting. Unlike cod, pollock are unusual in the sense that they will feed at all water levels. They will hunt for small fish such as sprats, small mackerel and sandeels between mid-water and the surface, and on the seabed for flatfish, worms and crabs and shellfish.

Bigger pollack tend to live in deeper water, and especially favour feeding over structure, while smaller pollock form into loose shoals and tend to stay in shallower water where they will feed on a wider diet including mussels, crabs, worms as well as any small fish they can catch. Pollock fishing is synonymous with rock marks as pollock favour hunting among or over rocky and weedy areas.

Pollack are strong fighting fish and give a great account of themselves on light tackle – they will take bait and also lures, even flies fished on sinking lines. Pollack prefer clear water marks, so in Wales they tend to be found more commonly off the West and North coasts. They can also be found in deep water docks and harbours.