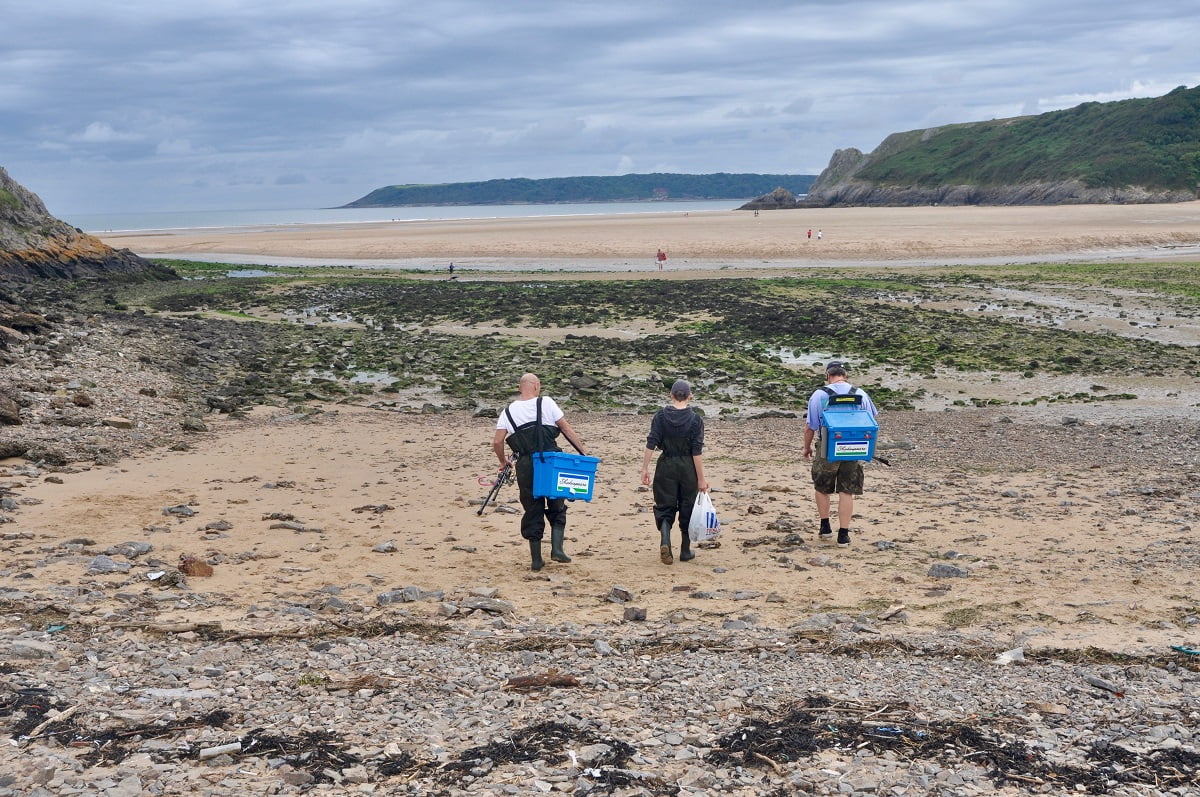 In this article angling photojournalist Dave Lewis looks at sea fishing In Wales.

Anglers have long recognised Wales as being a country where they can be assured of experiencing some of the very best sea angling to be found anywhere in Europe.

It is hardly surprising, therefore, that so many anglers travel to the Principality primarily to fish in the sea, some of whom have been coming here for many years. In addition to superlative sport, those who have been before know they will be fishing amidst one of the most varied, and beautiful coastlines found anywhere in the world.

So, if you are a sea angler, sea fishing in Wales is somewhere you really do need to include on your personal bucket list of great places to visit and fish. Regardless of whether you enjoy fishing from the shore, aboard charter boats, trail your own small boat or transport your kayak on the roof of your car, Wales has plenty to offer visiting sea anglers!

You will find an abundance of sea angling opportunities all around the Welsh coastline including options to suit the sea angling enthusiast looking for a designated fishing holiday, as well as those on holiday with their families who are looking to escape to the coast with a fishing rod for a few hours sport when time and other commitments allow.

The more adventurous anglers will be free to explore remote and often rarely fished stretches of coast, places where aside from perhaps an occasional walker or two they will often find themselves entirely alone.

Opened in May 2012 the Wales Coastal Path provides access along all 870 miles of Welsh coastline, it could have been purpose designed for providing access for anglers! Less able or perhaps junior anglers are well catered for too. Many of Wales’s harbours and coastal areas provide adequate parking along with easy access to piers, sea walls, harbour breakwaters and similar areas which can be safely and comfortably fished by anyone.

Wales welcomes tourists, so it will come as no surprise that once you’re here you’ll find a tourist infrastructure that is second to none. You can choose from wide variety of accommodation options ranging from sumptuous five star and boutique hotels complete with Michelin Star restaurants and onsite spa facilities, to homely family run B&Bs and self-catering cottages.

You’ll also find plenty of campsites, many of which are conveniently located within a short walk of some of the very best fishing areas. Anglers are catered for especially well, with many coastal towns having a local tackle shop where you can buy or replace items of tackle and fresh bait, or pop in for a friendly chat looking to obtain information on just what is being caught locally and, most importantly, where?

Despite it’s seemingly remote location Wales is surprisingly accessible. The North Wales coast is just a short distance off the M6 at Merseyside, while South Wales is less than a two hour drive along the M4 from London; and as an added the twin Severn Bridges are now toll free! For those travelling from further afield Cardiff Wales International Airport is served by daily flights from various cities throughout the UK, Europe and beyond, while visitors also have the option of flying to Liverpool, Birmingham or Bristol Airports, all of which are located within an easy one hour drive of the border.

Beginning in a sedate estuarine environment at the mouth of the River Wye near Chepstow in the south east of the country, and extending to the spectacular rugged beauty of the Castlemartin Peninsula in the west, the Bristol Channel defines the coastline of South Wales. Washed twice daily by the second highest tidal range found anywhere in the world, here you will find spectacular surf beaches along with countless rock and rough ground marks, numerous sheltered estuaries and extensive mud flats, all of which provide rich pickings throughout the entire year for sea anglers and fish alike.

Pembrokeshire in the south west corner of Wales is the location of the UK’s only coastal national park, which has been rated by National Geographic Traveler magazine in the US as being one of the top two coastal destinations in the world. This spectacularly beautiful stretch of coastline abuts the Celtic Sea, an area internationally acclaimed as being one of the most productive offshore sea angling destinations found anywhere in Europe, and visiting sea anglers can wander at will around this mostly rugged though often easily accessed coastline. Facing the open Atlantic you can stand in the surf on one of our Blue Flag international acclaimed sandy beaches or, as we will see, board a boat and head offshore to experience the thrill of offshore game fishing.

Head north from St David’s and The St George’s channel, and the coastline of West Wales is bordered by The Irish Sea, another hugely productive expanse of water. The entire West Wales coastline offers countless opportunities for visiting anglers to explore, often with the magnificent peaks of Cader Idris and the Cambrian Mountain range along with Mount Snowdon, our highest mountain at 3,560ft, and the Snowdonia National Park providing a most spectacular backdrop. Extensive beaches, remote rock marks, and numerous offshore reefs and wrecks provide a smorgasbord of angling opportunities for boat and shore anglers alike.

Anglesey is the largest island in Wales and you’ll find it located in the north west, separated from the mainland by the Menai Straights. Here and along the entire coastline of North Wales as far as the border with England at the Dee Estuary, again you will find angling opportunities aplenty for both the shore based and offshore angler, complete with a large variety of different species to choose to target.

There are a great many different species of fish you can expect to catch in the sea around Wales but rather than make an attempt at compiling an extensive list of those that can be encountered somewhere in Welsh waters, here I will simply say that it is hard to name a single saltwater species that is found anywhere in the UK, which cannot be caught here in Wales!