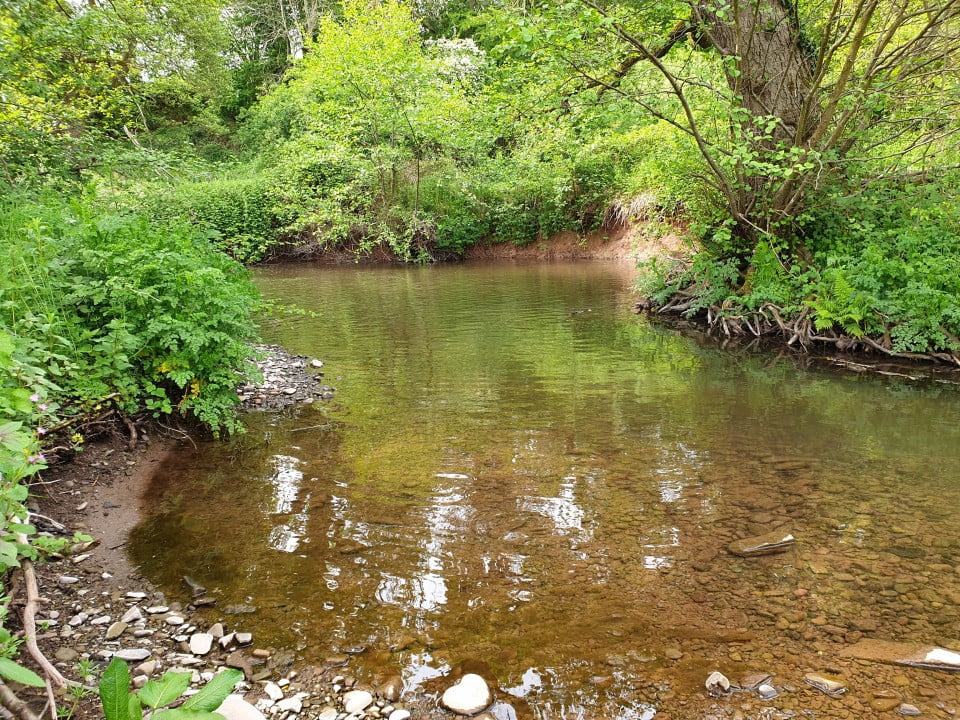 The Llynfi and its tributary, the Llynfi Dulas, have many of the characteristics of Usk streams, running red when in flood for example. These small streams hold one of the highest densities of trout of the Wye tributaries, with plenty of 1lb+ fish. They have a spectacular mayfly hatch – be there for that if you can! As well as brown trout, there are a few grayling present.

Stealth is required to fish these streams effectively. Wade carefully – walking on the high banks will mean that you are often silhouetted against the sky. A few anglers have been surprised at how small this river is but when fished properly with the right tackle and tactics, it can produce spectacular results.

The Llynfi Dulas lower beat starts at the confluence with the Llynfi itself, finishing 1¼ miles upstream at Tregunter Farm. After a short, overgrown section of single (right) bank from the start up to beyond the caravan park, the beat opens out and is double bank fishing thereafter.