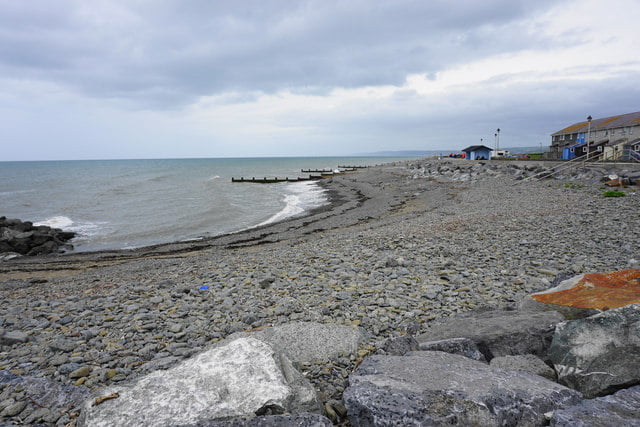 Aberaeron has fishing from two beaches and a harbour wall.

North Beach is the larger of the two and runs from the harbour north. Fishing is onto a mixture of shingle, sand and rocky patches.

South Beach is the quieter and runs from the harbour south to a headland. Fishing is onto a mixture of shingle, sand and rocky patches.

The harbour wall fishes onto sand, silt and shingle.

There are several ways to reach North Beach. For the harbour end, turn off te A487 down Ffordd y Gaer (Regent Street), north of the bridge over the river, which leads to a car park at the beach. The further end of the beach can be accessed from Aberarth on the A487 via narrow lanes. The best option is probably adjacent to the north side of the bridge. Park with care where the lane splits and access the beach by walking down the left-hand branch.

For the South Beach, turn off the A487 down Bro yr Hafan (Belle Vue Terrace), just south of the bridge over the river. This leads to the beach where parking is available, a fee being payable in the summer.

The harbour is visible from the A487 and there are several ways to reach it. Parking is available.

Image © Bill Boaden and licensed for reuse under this Creative Commons Licence.